While Texas Hold'em may be the current king of poker, it's not the only game in town.

In fact in California in particular the old classic poker game Seven-Card Stud is still a very influential and regularly played game.

It was the king of poker prior to the rise of Texas Hold'em and is still a staple of mixed games in card rooms from San Jose to San Diego.

Here's our 5-minute crash course on Seven-Card Stud if you'd like to jump in a game.

Seven-Card Stud is a different beast than Texas Hold'em as everyone has their own hand rather than share cards from a community board.

There are no blinds and everyone puts in an ante prior to the start of the hand. Each player then receives three cards. Two are down and the third is up.

After the deal the lowest card puts in a "bring-in bet," which is typically double the ante. That player can also complete the bet to the small bet amount.

Action continues around the table until the last aggressive action has been called.

The next card, Fourth Street, is dealt face up with a round of betting after each card. Betting starts with the highest hand.

Starting with the third up card, aka Fifth Street, bets double to the big bet amount. Sixth Street is the final up card, making four cards of your hand visible to all players.

Finally, the last card is dealt face down and is known as the river or Seventh Street. After one last betting round, hands are shown and the best five-card hand takes the pot.

Most Stud games are played in limit format although some casinos will offer a low-limit spread Stud game. Known as $1-$5 Stud, players can typically bet anywhere from $1 to $5 at any point during the hand.

Pot-Limit and No-Limit Stud games are somewhat rare but do pop up on occasion. 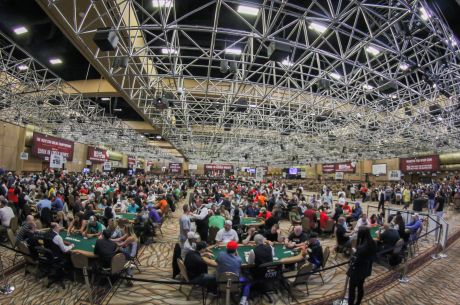 Starting with a pair in Stud is always nice but not all pairs are equal. First, your pairs are divided between buried and split pairs.

Buried pairs are when your two down cards make a pair. Split pairs happen when one of your down cards matches your up card.

Your best pairs are going to be pairs from 10 to aces where your kicker is a jack or better. This gives you the best chance to have two big pair, which is going to win you the pot.

Buried pairs you're looking for the same types of hands but don't be afraid to play smaller pairs when there's not a lot of third street action. When you catch with your buried pair, your opponents are more likely to pay you off.

In addition to being able to draw to the highest straights, you also have solid holdings when you start pairing up your big cards.

Three-card flushes are playable provided more than two of your suit is not already showing. Your best flushes include an ace to give you a shot at the nut flush.

The best possible hand you can start with is a rolled-up set. Three of a kind on third street is a nice starter that will often net you a sizable pot.

Tips to Keep You Ahead of the Curve

First, pay close attention to the up cards of other players. Keep track of the cards that take away outs from your hand, especially straight and flush outs.

As stated earlier if there are more than two of your suit showing on third street, fold.

For straights, it depends on what type of starter you're holding. If you have a straight draw with a gap in it (such as 5-6-8) and any of your gap outs are showing, it is smart to fold.

If you have an open-ended draw, you will be smart to fold if more than two of your needed outs are showing.

Pay attention to anyone that pairs on Fourth Street. A high percentage of the time a player will start with a split pair.When they pair up on fourth, that means they now have trips.

It is time to get out of the way unless you have a strong holding.

Also, don't be afraid to bet on fourth when you pair, even if you don't have trips. Smart players will fold for the same reasons just shared.

Fifth Street is the key street in most Stud hands. If you have not improved your draw by this hand, it is time to fold.

If it is clear that your opponent is drawing heading to the river, consider check-calling a bet rather than leading out if you are unable to beat their potential made draw. This saves you one big bet each time they get there.

The great thing about Seven Card Stud over Texas Hold'em is that solid play is rewarded much more often. In Texas Hold'em, it is often wrong to play an ABC style and hope to be a consistent winner.

However, the limit structure of Stud helps to even the playing field and give your calculating players a chance to succeed without having to get overly creative with their play.

That's not to say that you can't be creative in Stud. In fact, the best Stud players are creative players.

The difference is that creative play is not required to win long term and the basic strategy presented above will help you play competitively at low stakes  - especially at online poker sites - while you perfect your game.